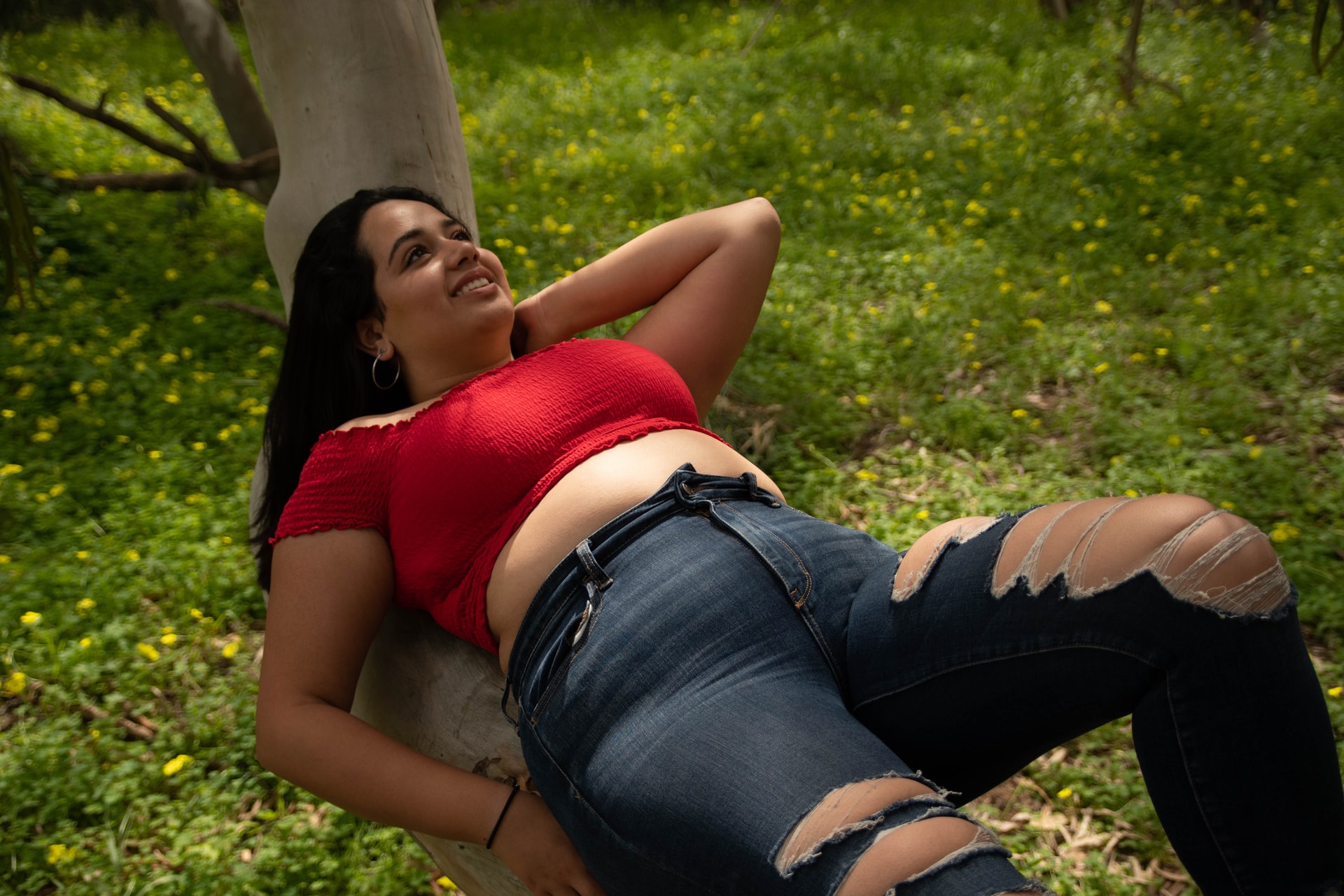 These three plus size influencers fight against fatphobia

Three Portuguese women have made their cause to fight against fatfobia. They have thousands of followers on Instagram, and without resorting to editing tricks, in lingerie, bikini, shorts and crop tops they show themselves smiling, happy, sexy, exactly as they are and reflect on the stereotypes of beauty. They embrace the cause of equality, acceptance, and inclusion.

Mafalda Fonseca, now 28 years old, grew up in the 90s, in the heyday of the famous Disney princesses. While playing with her friends, she said she wanted to be Aurora, a character from “Sleeping Beauty”. She remembers what the first comment was regarding her body. “My best friend told me, ‘You can’t be Aurora because princesses aren’t fat,'” she told Portuguese magazine MAGG. She grew up thinking she was different because she was systematically told she didn’t meet the standard. Her adolescence was marked by bullying, which several times resulted in physical assaults.

Catarina Sousa, 22, hasn’t had any problems with her peers, but she knows well what it’s like to hear comments regarding her image. The day she underwent surgery for her tonsils, she was anesthetized and the last words she heard were: “What are you doing here? Are you going to put a gastric band?” She had been overhearing the nurses’ conversation. She woke up frightened and disturbed, still with the conversation echoing in her ears. She thinks doctors and nurses need to have more empathy.

These are the same people who say fat people have to run, but then are against brands having clothes for them. Nike has launched a plus size line and people say it’s a promotion of death and disease. But how do they want fat people to train? Naked?

Catarina Corujo, 32, has already done all kinds of restrictive diets, the popularly called yo-yo diets. She would lose weight and then put it back on again. That’s what happened in 2008, a particularly emotionally turbulent year. She gained more weight than she had gotten rid of and began to reject her body. She avoided mirrors and spent the day crying. He even mistreated his belly to make it disappear. “It was a complicated time. I avoided any social life. I was very isolated.”

Mafalda also went through restrictive diets, Catarina Sousa refused to leave the house, and Catarina Corujo knows what it’s like to hear disparaging comments about your physical shape. All three know what it is like to grow up with the burden placed on their bodies.

Corujo, who is now a plus size model, prefers to talk about body neutrality. This is because not everything has to be positive. Nothing is absolutely pink and, therefore, the relationship with the body is not watertight either. Believing this is, in fact, an obstacle to acceptance. “It’s normal to have less good days in the middle of a process of positivism,” she said to MAGG. “The dictatorship of the positive is not a real projection of people’s daily lives.”

After several years of struggling with weight fluctuations and binge eating, a book by British author Melissa Wells came into her hands: ”The Goddess Revolution: Food and Body Freedom for Life”, and it reflects on all these points that are now the cause of the three Instagrammers.

Corujo joined the academy created by the author, which aimed to address the sometimes toxic relationship between body and food. It was in this context that she participated in Self Love Week, which included a series of challenges for the development of self-love, and which was the kick-off for the work she does today on Instagram. At the same time, the plus size model, was preparing to undergo a bariatric operation to reduce the size of her stomach. In the end she was not a candidate for the surgery because she had no health problems. Today she can see that she wanted to do it for others, not for herself.

During Self Love Week she shared a picture in which she does not try to hide her body. And that’s how her personal Instagram account gradually transformed. From shares related to banal everyday moments, from images with angles meticulously measured and calculated to hide herself. Corujo started to defend the cause of equality and acceptance; she shares accounts of the situations she has lived through, the things she has felt, and the process she is still going through.

The response from people has been kind and supportive, though not always.”There was a fitness professional who used my picture to make an alert about how obesity was a disease, about how obese people were going to die and suffer heart attacks. That was something that really stirred me,” said Corujo to MAGG.

When we are disrespected for our appearance and size, we come to believe that getting thin solves our problems

Corujo highlights that there are many fat people who lead healthy lives and thin people who have terrible habits. “There is no fat person who doesn’t know the risks of obesity. I don’t think it’s productive for people to be demonizing a fat person just because he wants to try to live a normal life. A fat person doesn’t do obesity promotion if what she promotes are factors that contribute to a more balanced life, physically and mentally.”

For a long time, Mafalda Fonseca thought she was the one who had an obligation to fit into her clothes. And not the other way around. But it was when she joined the team at the lingerie store Dama de Copas that she realized that she didn’t. It was the clothes that had to fit her.

She lost weight, went to a new school, and her family and friends commented on her new weight. She accomplished her goal, but a problem was born. “I began to develop an eating disorder, with periods of highly restrictive diets and others of binge eating, of great voracity,” she says. “I either ate almost nothing or I ate everything.”

Fonseca is now committed to intuitive eating, which involves understanding when we are hungry, when we are full, what foods will nourish the body, and knowing how to distinguish between emotional and physical hunger.

The work in the Lady of Cups store was fundamental to get to this point, but just as important, or even more important, was the psychological support in dietary re-education. “I always tell people this: they can read a lot, look for a lot of material that they identify with, success stories, self-love, because I did it too and the impact is positive. But above all, when a person is faced with this kind of health problem, it is necessary to have a good professional accompaniment by a psychotherapist trained in dietary re-education. When a person goes through these imbalances there needs to be re-education in order to have a healthy and sustainable life.”