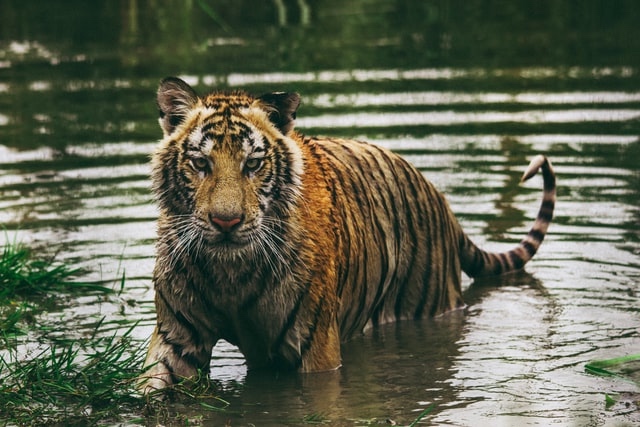 The Year of the Tiger has arrived

European air traffic to reach near pre-pandemic levels in 2022

Responsible Tourism is an inclusive movement

February 1st marked the beginning of the Chinese New Year 2022, which will be governed by the Water Tiger. This is undoubtedly one of the best known and celebrated traditions worldwide by the Chinese community and is also known as the Spring Festival or Lunar New Year.

The beginning of each Chinese New Year does not coincide on the same day and date each year, as it depends on the Chinese lunar calendar, so this celebration can fall between January 21 and February 20 each year. Specifically, the Year of the Water Tiger that began on Tuesday and will last until January 23, 2023. Lunar New Year allows people to put the past behind and look forward to a fresh start.

This celebration is more than 4,000 years old and is based on the legend of Buddha, who summoned all the fauna of the earth and only 12 animals were presented: first the rat, then the ox, the tiger, the rabbit, the dragon, the snake, the horse, the goat, the monkey, the rooster, the dog and the pig, these 12 species make up the signs of the zodiac and each one corresponds to one of these four elements: fire, earth, wood or water.

The Chinese New Year is also celebrated in the West, where families gather for this celebration, but for them it is very important the decoration, fireworks and gifts, in addition to the many traditional public celebrations such as lion or dragon dances.

The Water Tiger, which corresponds to the third animal in the Asian horoscope cycle (consisting of 12 signs: Rat, Ox, Tiger, Rabbit, Dragon, Snake, Horse, Goat, Monkey, Rooster, Dog and Pig) is considered the greatest beast in China and is a symbol of strength, courage and signifies the end of all evils and bad luck. People should remain aligned with their values and interests so that rationality triumphs over obstacles.

It is estimated that Chinese New Year is celebrated in a quarter of the world, not only in China, but also in Hong Kong, Macao, Taiwan, Singapore or South Korea.

This will be the third Lunar New Year welcomed during the pandemic (the 2nd one outside of China). During this celebration it is common to see a lot of red because in Chinese tradition, red is considered good luck and wards off any bad spirits. Children from Chinese backgrounds traditionally are given red envelopes with money by family.