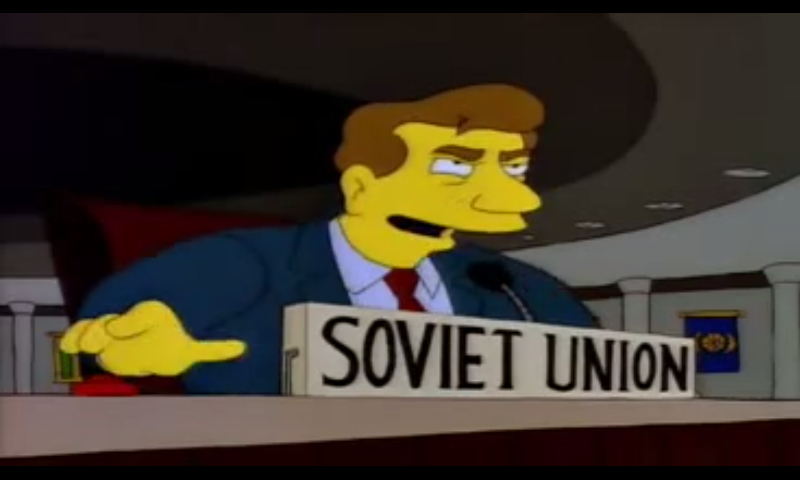 In the light of Russia’s invasion of Ukraine, a clip from a 1998 The Simpsons episode has been shared countless of times online. People are drawing a comparison between the war in Ukraine and the return of the USSR illustrated in the show.

The scene, from the episode “Simpson Tides”, depicts a meeting between Russia and the USA at the UN headquarters in New York. In this meeting, Russia’s ambassador admits the break-up of the Soviet Union was just a scheme to fool the Americans, after which we are shown how the USSR re-emerges around the world, including the resurrection of Lenin.

The entire clip, which was shared on YouTube over 10 years ago, has been getting a lot of new comments in the past few days, for example “Well this is going to get a lot of traction today” or “Ah, another classic Simpsons moment that aged like fine wine”.

The Simpsons is getting quite a reputation for its predictions, having foreseen, among others, Trump’s election as US President, the US Capitol Hill protest and even Kamala Harris’ inauguration.