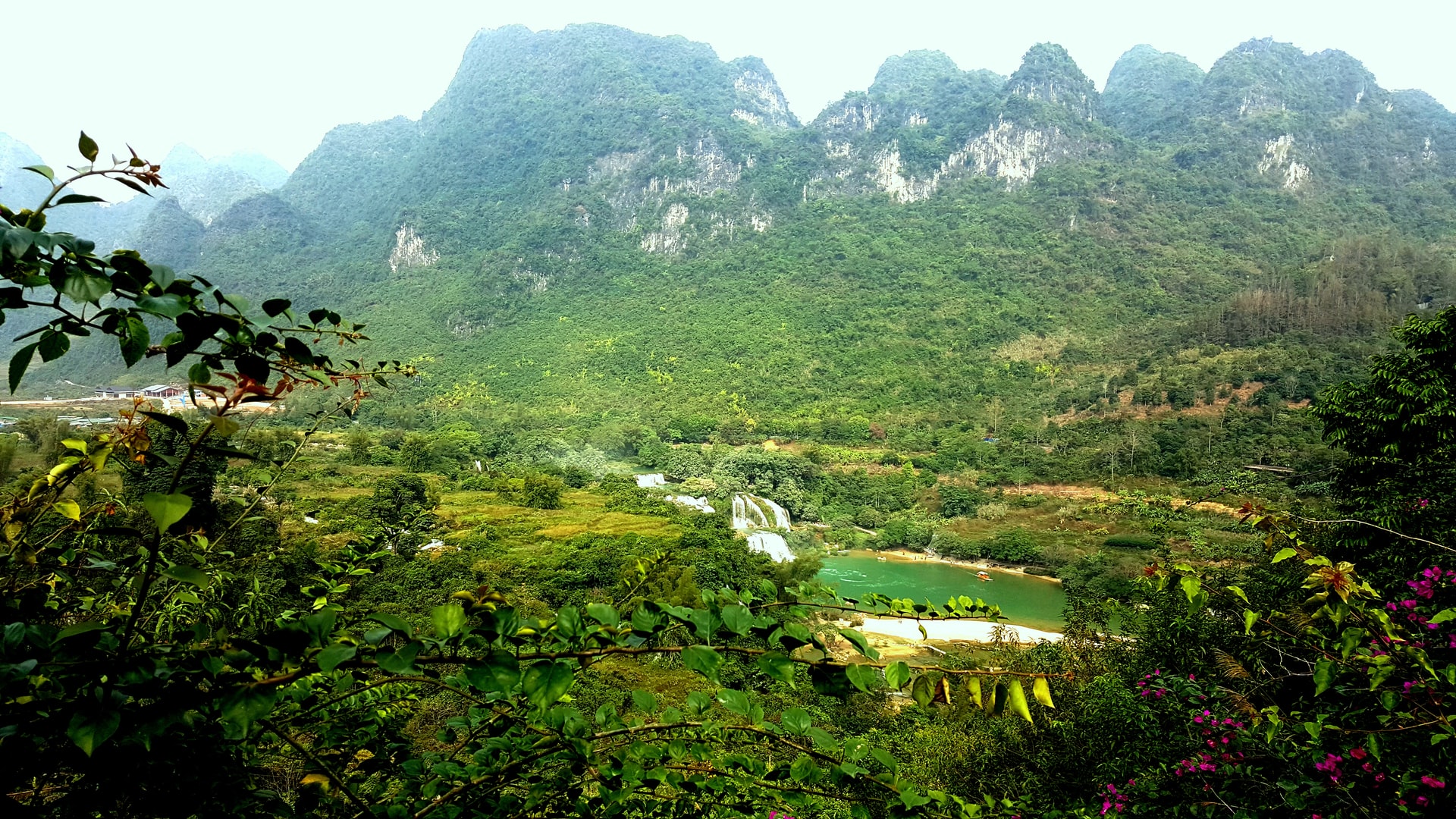 When talking about the most beautiful waterfalls in the world, sometimes this huge gem in Northern Vietnam is not even mentioned. However, Ban Gioc is one of the most beautiful and stunning waterfall complexes in the world. With a proponent dimension and dozens of waterfalls concentrated in the same place, it makes it one of the places that should not be missing in any tourist itinerary in Vietnam. For all lovers of natural landscapes, this is undoubtedly a breathtaking place.

The beauty of this waterfall is so vast that it had to be divided into two, and this is one of the most curious facts about it. Its location on the edge of the Vietnamese province of Cao Bang means that it belongs to Vietnam at the same time that it belongs to China. Confused? Well, territorially speaking the waterfall is located half in Vietnamese territory while the other half is in Chinese territory. In this way, the waterfall plays a role as an aquatic border between both territories. You can even see the cultural contrasts between China and Vietnam just by looking around the infrastructure of the waterfall. On the Vietnamese side, there is little policing and relatively low scrutiny of what visitors do while they are there. On the Chinese side, it is possible to observe a more rigid organization in relation to the route to be followed by visitors, as well as a strong police presence when compared to its neighbors.

This is probably the biggest challenge to visit this magnificent place: How to get there? Cao Bang is a province in northeastern Vietnam that is characterized by its long mountain ranges and its diverse agricultural fields. As it is a relatively poor region when compared to the rest of Vietnam, Cao Bang lacks roads and that factor makes it difficult to reach this region. Located about 300 km from one of the main tourist hubs in the country (Hanoi), the trip has to be planned and measured because in the end, although 300 km seems little, it is necessary to consider the quality of the roads and the maximum speed allowed by Vietnam, which makes the journey longer than traveling the same distance on European soil. The bravest travelers choose the adventure of renting a scooter and driving by themselves to the province to visit the famous waterfalls. However, the vast majority of tourists opt for tours departing from Hanoi, also taking the opportunity to visit historical landmarks along the way, thus ending up doing some multi-day tours just to be able to visit the place.

Ban Gioc Waterfall is open to visitors throughout the year, without any interruptions. However, it is important to consider that the landscape can change with the seasons. The most recommended time to visit the waterfalls is during the dry season, which occurs between September and October, since at this time the waterfall is much calmer, thus making it possible to better enjoy the natural beauty of this hidden gem.

4. What about mass tourism?

Often there is considerably some crowd in the place, both in the Vietnamese part and in the Chinese part. However, the volume of people is quite sustainable and does not become uncomfortable. The width of almost 300m that the waterfalls present makes it possible for a considerable dispersion of people present in the place. On both sides, it is possible to take a raft ride that travels to the base of the waterfall allowing you to observe its beauty in an even more impressive and unforgettable way.