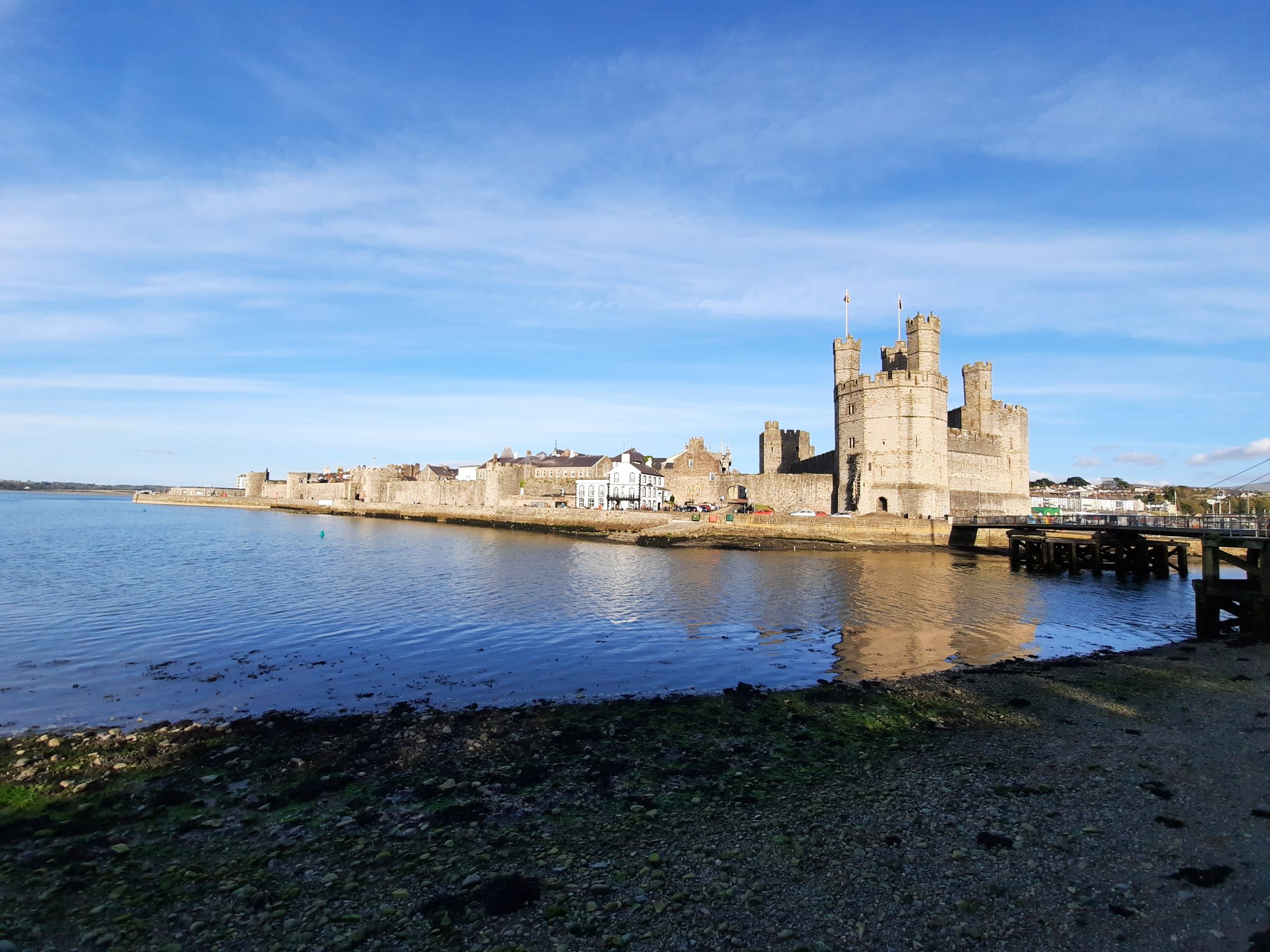 Anyone who has ever visited the country of Wales, in the United Kingdom, will understand its reputation as a land of myth and legend. From its green fields and wooded valleys to its wild coasts, Wales has been the battleground of many struggles for power throughout history, and the country has a strong identity with a fascinating history, heritage and culture. Not least of this is its castles, which are impressive not only for the role they played in history, but for their architecture and resilience. Here are just five of the many remarkable Welsh structures.

Raglan Castle is undeniably one of the country’s grandest castles, and a popular film set, (parts of the British TV series Merlin, among others, were filmed here). Set against a dramatic backdrop of beautiful Welsh countryside, it was built 150 years after the turbulent heyday of castle-building and designed to impress and intimidate. Sir William ap Thomas, the ‘blue knight of Gwent’, created the moated Great Tower of 1435, which still stands, whilst his son Sir William Herbert, Earl of Pembroke, added the equally longstanding gatehouse with its impressive defence system.

Under ownership by several earls of Worcester, the fortress-palace became a magnificent country seat, with a fashionable long gallery and one of the finest Renaissance gardens in Britain. However, loyalty to the crown caused its downfall, and despite a garrison of 800 men and one of the longest sieges of the English Civil War, it fell to parliamentary forces and was deliberately destroyed. Interestingly, one piece of looted treasure, a piece of Tudor wooden panelling, was discovered in a cow shed in the 1950s. Today, the castle remains an impressive structure to visit and walk inside.

Conwy Castle is arguably one of the most magnificent medieval fortresses in Europe, and still towers over the town of Conwy after 700 years. King Edward I and his architect Master James of St George built both the castle and 1.3km ring of walls which surround the town in only four years (1283-1287), an incredible feat recognised by its classification as a World Heritage Site.

This famous fortress remains amazingly well preserved, and contains the most intact set of medieval royal apartments in Wales. The high curtain wall and eight lofty towers rise impressively, and thanks to the restored spiral staircases in these towers, you can walk a complete circuit around the battlements of the castle. Far off in the distance, the craggy Welsh mountains of Snowdonia are visible, whilst below are the harbour and narrow streets of Conwy.

It was for fear of a Welsh prince, Llywelyn ap Gruffudd, that Caerphilly Castle, the mightiest medieval castle in Wales, was constructed. Despite the fact that he tried twice to knock it down before it was finished. The rise of the powerful Prince of Wales led Marcher Lord Gilbert de Clare to build the formidable fortress in double-quick time, and from 1268 he constructed the biggest castle in Wales, and second only to Windsor in the whole of Britain. With its massive walls, towers and gatehouses, and sprawling water defences covering a total of 30 acres, it was truly an immense building.

After Llywelyn’s death, the fortress was transformed into a palatial home, complete with hunting park and northern lake, with the great hall later being revamped in ornate style. Today the castle stands majestically, its south-east tower, leaning at a precarious angle due to damage from Civil War gunpowder attacks, now one of its best-loved features. An impressive sight to behold.

Caernarfon Castle, is recognised around the world as one of the greatest buildings of the Middle Ages and is a World Heritage Site. It was built as part of a project by Edward I and his military architect, Master James of St George, in which they constructed the castle, town walls and quay over a 47 year period, costing £25,000.

It stands majestically on the banks of the River Seionm, however it is not just the structure, but the history of this castle which is important. Here, on 25th April 1284, Queen Eleanor gave birth to the royal prince, later to become Edward II, beginning a new royal dynasty. In 1301, he was presented to the Welsh nobility as a prince ‘that was borne in Wales and could speak never a word of English’, and he became the first English Prince of Wales. So, for the last 700 years, the title Prince of Wales has traditionally been taken by the eldest son of the reigning monarch. In 1911 Caernarfon Castle hosted the investiture of Prince Edward (thanks to Britain’s only Welsh prime minister so far, David Lloyd George) and in 1969 the Castle again played an important role, hosting the investiture of Prince Charles.

In the heart of Cardiff, the capital city of Wales, sits Cardiff Castle, a remarkable site with an equally impressive history spanning over 2000 years. From housing Roman soldiers, to witnessing noble knights hold court, the Castle has a rich past.

The building’s ownership by the Bute family saw its transformation into a romantic Victorian fantasy, as ‘eccentric genius’ architect William Burges was given free rein to create amazingly lavish and opulent interiors. A visit in the present day reveals its breathtaking rooms, rich with murals, stained glass, gilding and superb craftsmanship, an insight into the wealthy life of the family. Meanwhile more recent developments such as the Wartime Shelters reveal another bygone era, when the Castle’s tunnels were used as a place of refuge during the Second World War air raids. So many years of history and so much to explore.